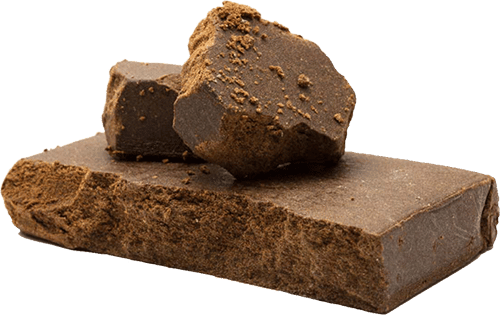 Premium Hash is available for home delivery in Oakville.

Doorbud is your trusted online weed dispensary for everything cannabis. Whether you want hash, edibles, indica, sativa, or hybrid strains, we’ve got it all. We pride ourselves on having nothing but the best quality cannabis products on our (virtual) shelves. The hash that you find on our website has been derived from the top-grade cannabis buds and finished in the form of bricks.

Want the best hash in Oakville? You’ve come to the right place. We have premium quality hash at our online weed dispensary you can enjoy the same day you order.

Did you know we source cannabis flower from BC?

Isn’t it frustrating when you don’t have hash right when you want it? Is your chronic pain getting the best of you, and do you want fast relief? Doorbud is here to help. We provide same-day delivery to ensure you get premium hash as fast as possible and enjoy it.

Free shipping on orders over $150 sent & tracked anywhere in Canada

Get what you ordered! No Bait & Switch

Free 3.5g added to all orders

Free Shipping on Orders over $150

Get What You Ordered! No Bait & Switch

Free 3.5g Added to all Orders

All About Hash In Oakville

Hash, also known as Hashish, is one of the oldest used cannabis products in history. Hashish is an Arabic word that means grass. Hash was used primarily for medical and research purposes, but people started using it for recreational purposes with time and advancement in technology. Its texture is waxy and has a dark brown colour. It is extracted by compressing trichomes from weed buds. Because of these trichomes, the major substance that makes hash potent, this strain has a higher THC level than any other weed product. The range of THC varies according to the type of hash. The levels go from 60% to 90%. It has a higher concentration of active ingredients, so it gives the user a strong punch. A pound of marijuana often yields an ounce or two of hash or hash oil.

Benefits of Hash in Oakville

Hash is one of the most potent forms of cannabis and delivers powerful effects. Some benefits include a high-level relaxation, an overall increased mood, and a heightened sense of euphoria. Based on its profile, it can also make you more energetic, boost focus and creativity, and induce a feeling of euphoria, which sometimes may result in giggles. Hash is usually available in oil, balls, cakes (bricks), or sheets. It is generally smoked or mixed into food to make edibles. Hash affects your central nervous system, and even a small amount is enough to give you long-term effects.

Medical Usage of Hash in Oakville

Marijuana patients find a safer way to get high and take medicine simultaneously. Since cannabis strains have been popular for medical usage, hash provides similar benefits but with an extra punch of intensity. Hash can help you deal with anxiety, depression, stress, Insomnia, ADD, ADHD, and PTSD. It can also help you with physical ailments like aches, pains, inflammation, muscle spasms, lack of appetite, nausea, and more.

There are no long-term side effects associated with hash. But heavy hash use may induce paranoia, hallucinations, anxiety, and stress due to the high THC level, which affects users psychologically. It may also damage users' learning ability and their ability to focus. Hash is not recommended for pregnant women or those who are nursing.

Methods to Take Hash in Oakville

Since vaping is the new trend, you can use hash oil in your vape cartridge to smoke hash with style. There are numerous benefits of vaping hash. It is a safer, discreet and healthier way to intake your hash. Vaping stops you from inhaling many other toxic substances, which, later on, become the reason for many medical conditions. Another great benefit of vaping hash is that it does not create odour whatsoever. Even if you vape hash in a public area, no one can tell what you are vaping.

The sketchy pole method is famous, but it is only practised in a small group of friends since it’s inadequate. To smoke your hash the sketchiest way, all you have to do is attach a piece of hash at the end of a paper clip and burn it till it starts to generate smoke. You can inhale that smoke freely or with the help of a straw.

The hot knives method is a little bit risky, but it lets you smoke a large amount of hash in a single session. Beginners should avoid this method, but this method can be effective once mastered. To use this method, you need two knives and let them burn on a stove till they are hot enough to burn your hash. Put your knives together like a tray, put your hash at the tip of these knives, and inhale the smoke it generates. You can use a bottle or straw to inhale.

How long does hash remain in my system?

How long does it take to feel the effects of Hash?

Hash will start showing its effects within minutes of entering your system. The peak is about 30 minutes. The time differs from person to person based on their metabolism rate, weight, amount of hash taken, and tolerance.

What are the side effects of using Hash?

If you are a heavy user, you might face the following symptoms: